i feel like i am starting to embark on something new in my life. i think i am beginning to shed some old parts of me. there has been a bubbling inside of my body for many years now about a direction i want to go in. and it comes out in bits & pieces when i am speaking about my vision for liberation. it comes out when i talk about what community looks like to me. it comes out when i am mad when i think no one i know gives a shit about transformation of people and not just having transactions. but i am beginning to find community that believes in the things i am starting to shape and form and figure out in my life. and there will always be contradictions, fights, arguments, disagreements, butting of heads..no matter where i go. but there is also such an energy of love, care, support and healing that i am not finding in my current job. and i am trying to force it there, in many ways. but it's not fitting. even though i know it could, it should, and my people need it. but folks aren't ready. and i don't have the emotional labor to get them there right now. it reminds me of those toys you give little kids who are learning about shapes and the space of things. how shit fits. and they have these triangle shaped holes and rectangles and squares and circles and stars. and they have the little blocks and they have to fit them in. and this one kid keeps jamming the star into the triangle. and it won't fit. BUT THERE IS A SPOT FOR IT. and i just gotta find that spot.

i think i made a livejournal when i was 15 or 16 years old. and now i am almost 27. i remember getting a code from a friend to be able to make an account. my online friend at the time, ronna, gave me one. her real name wasn't ronna. i don't remember what it is. maybe it was liz. i barely remember her. we talked on AIM. she really liked elliott smith. i remember that fact about her. she would post about him. she gave me a code so i could see her friends only entries. then i remember her being sad when he died. and shortly after that, but maybe not so shortly, i started listening to him. i remember living in TN out in the middle of the fucking woods on a queer commune with a bunch of white queer people. and i was alone in the kitchen. and there was a kitchen ipod. and anyone could use it. i wasn't used to ipods yet. never had one. i was 20 years old? and i played elliott smith. someone came in and asked me why i was so sad. i didn't think i was sad.

but i really, really was.

maybe i'll listen to him now. i don't feel hugely sad. just a little bit. deep in my gut. i feel like jumping off a bridge. i won't. it's such a small feeling. it's buried deep underneath so much. sometimes it's not buried at all. but tonight it is.

i've been sick with this bullshit cold since the 27th? i was actually probably sick on december 24th but it stayed away for the most part. which is good because i got to see chris for christmas. i can breathe now. the only things left are a cough and my right ear is super clogged. i can't really hear much out of it. and sometimes my nose gets stuffed up. but not too much. but now i got my period. i feel less than thrilled but also thrilled.

it's 1:45 am and i'm still up. my chest hurts a lot because i keep coughing. i'm sick. i had a fever last night which freaked me out because i don't usually get those. i felt like i was cooking. i probably had a fever for a long time but i was too busy sleeping and having fever induced dreams to notice. all i kept thinking about was "the founders" and how they control every single person. but the founders aren't people, or beings. they aren't a body or a government. and it all made perfect sense in my head. and i thought, this is a sign. this is something i need to remember. it means something. but i didn't really remember it too well. and then i put on the vampire diaries and here i am 19 episodes later. hating every second of it. but i couldn't do anything else. if i put on something funny, i'd love and then i'd cough and then i'd fall over dead from the pain. same if i put on something sad. vampire diaries just makes me roll my eyes a lot which doesn't cause me any pain. it's really not a good show. not even a a bad good show. it's just bad. when i feel better i'll probably stop watching it. i drank hot chocolate and regretted it. i don't know why. my friend goes off to france for two weeks tomorrow. i will miss them very much. i am looking at skiplagged for cheap flights to anywhere. but i'll probably never go! but who knows. 2016 is soon. that doesn't mean anything to me. i don't really make big resolutions or small resolutions or any resolutions. because i would never do them. i just am. and throughout the year if i feel i need to make a change, then i will. i can be renewed whenever i fucking want.

tumblr is trash and i wish livejournal was the spot again 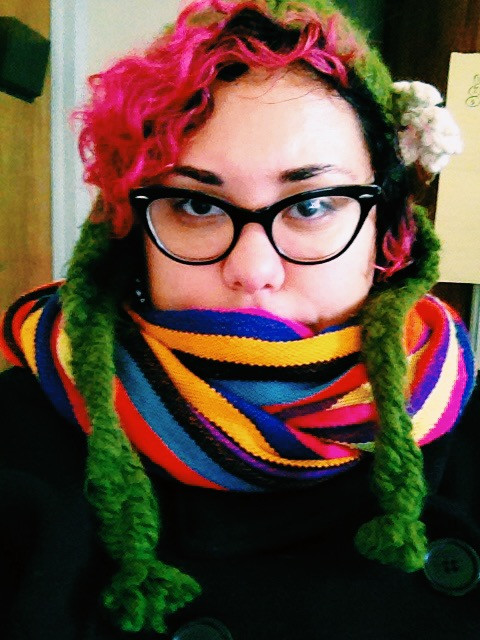 been on a depression binge the past few days and now i'm going to clean up the mess that comes with that. do my eyeliner. listen to beyonce. and eat more birthday cake.

i miss writing on this thing. i don't know how to write long entries anymore. everything is photos, photos, photos and music and 2 sentences here and there and witty comments underneath fandom shit. my belly is full of strawberry ice cream and chocolate syrup. i feel like everyone at my library job hates me but i'm not there to make friends. i do my work and leave. that's what you hired me for. you didn't hire me to gossip. and it's funny because at my other job everyone there loves everyone! and we spend not enough time working because we just want to chat. and that's weird and i don't like it. i mean, i want to socialize and chill with my friends but i also just want to focus on a task.

this is so boring.
um
so in september i am moving?! i guess. it'll be my first move from home. i am going to be living with my best friend chris. we either want to live in oakland or philly.  sometimes i just want to stay home and forget about moving. but i'll just feel stuck if i stay. and i can't thrive in this abusive environment. so chris being the good friend that he is, will not let me say no to moving. because it's pretty vital for my survival. it's hard because i spent a majority of my life feeling lonely and not having a community or friends to turn to. and now i have those. i have a good group of people that i love and enjoy being around. and now i have to start all over again. and that is really scary to me. but i suppose i am strong enough now to do it all over again. and i'll have chris there. and he and i help each other so much. we are there for each other. i love him to death. and i feel  comfortable with that now. it took me forever to feel comfortable being close to someone. even a few months ago it still felt weird. but i feel good about it now.

my hair is green. mostly green. i needed a change. usually it's either just brown, just purple, or a combo of both. but now it's green and brown. and i don't give one flying fuck if my job hates it. i kept not dying my hair because i thought they'd fire me or tell me to change it but then i was like
whateverwhatever
i am leaving this shitty place in a few short months so yall can deal. i can deal. we'll all survive this. 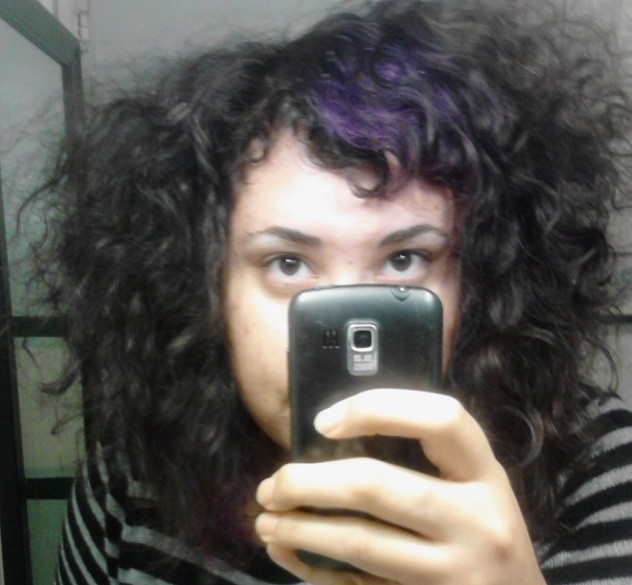